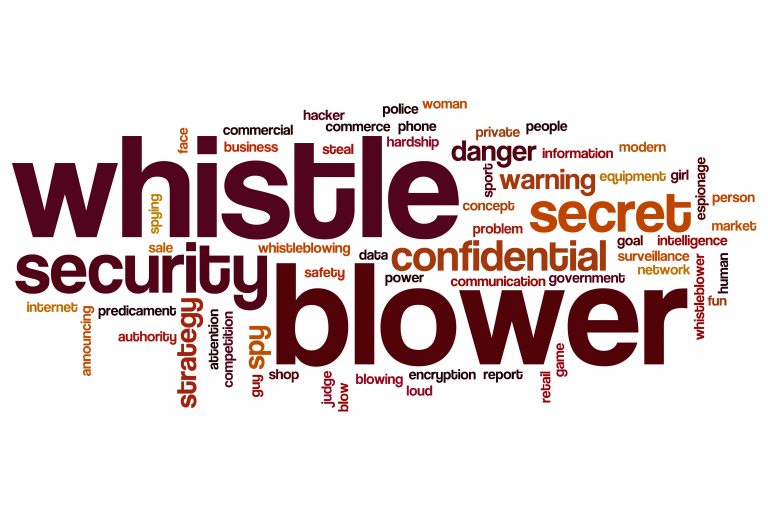 : one who reveals something covert or who informs against another

: an employee who brings wrongdoing by an employer or other employees to the attention of a government or law enforcement agency and who is commonly vested by statute with rights and remedies for retaliation

There have always been a few people who take a stand – who are aware and know that wrongdoing is occurring in their place of work, and make the decision to speak out.

In Ireland, several years ago there was a famous case of a police officer (Garda) who spoke out against corruption in the police force in Ireland. 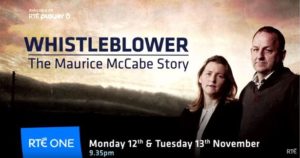 ‘He has said if he had known at the outset the abuse he would suffer for lifting the lid on corruption within the police force he “would never have done it”.’

Mr McCabe, who formally left the force … after being vindicated by an investigation, detailed how he became a victim of online abuse in the form of “obscene” photographs by former Garda colleagues on social media sites.

“If I had to know then what was facing me, I would never have done it, never,” he said

There are formal legislative policies in place to protect whistleblowers, but they do not really work in real life.

A famous whistleblower case is that of Edward Snowden who spoke out against the surveillance of US citizens (and more broadly) by the NSA.  He is in the news recently because he has written a book about his experience and why he had to escape to Russia.

A less well-known whistleblower example is that of Howard Wilkinson who spoke out against Russian money laundering through banks in Europe.

These are highly ethical and principled people who spoke out against what they saw as corrupt actions by those in power.  Even though there are protections under the law and legislation to protect whistleblowers, they really do not work.  The toll on whistleblowers is huge; the risks they take in speaking out; the abuse they receive; the isolation that they experience all belie the protection of the individual who speaks out.

People who speak out – whistleblowers– are brave, honourable, ethical and principled. They are quite unique because of the extraordinary act that they take in standing up for ethical and moral standards.

In my own life, I experienced something similar.  I was doing my job and yet, I did not view myself as a whistleblower.  By speaking clearly about issues that occurred in my place of work, I was bullied, humiliated and isolated by my boss and colleagues.  I became the ‘problems’ and they ‘ganged up/ on me.  It changed my life.  So, even thought I would never have thought I was a whistleblower, I find that I understand what the people in these public cases go through.

The cost to whistleblowers is huge and yet what is the cost of people not taking a stand; of people not speaking out and trying to hold unethical and unlawful behaviour up to scrutiny?