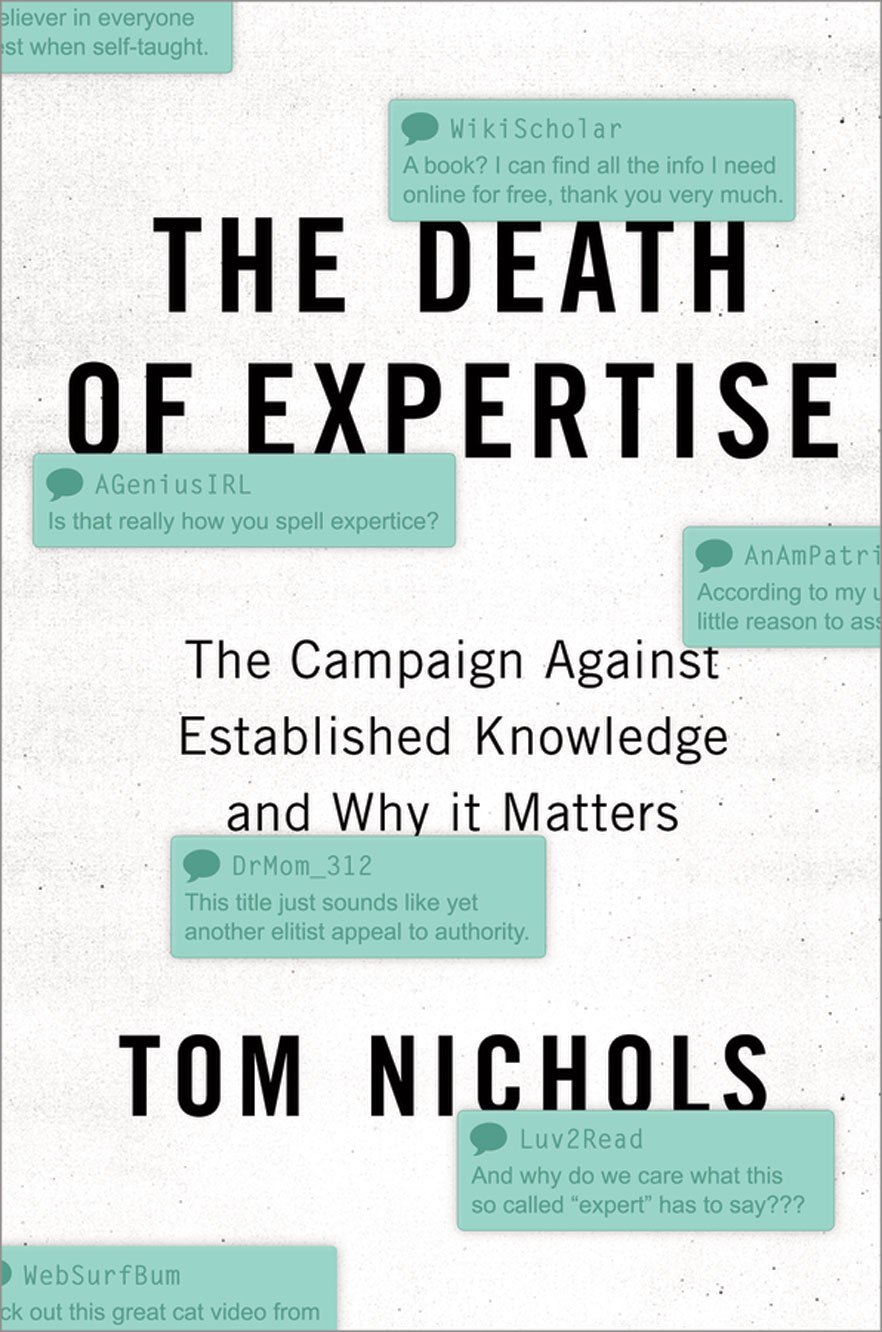 “There is a cult of ignorance in the United States, and there has always been. The strain of anti-intellectualism has been a constant thread winding its way through our political and cultural life, nurtured by the false notion that democracy means that “my ignorance is just as good as your knowledge.” — Isaac Asimov

“No amount of evidence will ever persuade an idiot” – Mark Twain

This is a good video from Christian Amanpour – Amanpour and Company.  Professor Nichols explains in a very clear manner, the erosion in understanding and openness to hear what subject matter experts outline.  He refers to ‘The pandemic of narcissism…’

I became alert to this phenomenon many years ago working with people who had no background in climate change and would speak as if they were experts.  I wondered how they could have such strong opinions when the majority of scientists and the US military stated clearly that climate is changing rapidly and humans were the cause of much of the change.

When I checked into their background, I discovered that they worked for associations receiving funding and backing from the Koch Brothers whose main business is in the oil sector and are climate change deniers.

According to a report by American University‘s Investigative Reporting Workshop, the Koch brothers have built “what may be the best funded, multifaceted, public policy, political and educational presence in the nation today.”[28] Opposition to the government spending any money on climate change is among this network’s activities.[29][28] Anthropogenic climate change skeptic Willie Soon received more than $500,000 from the Charles G. Koch Charitable Foundation and a trust used by the Kochs.[30] The primary recipients of Koch contributions, including Americans for Prosperity, The Heritage Foundation, and the Manhattan Institute, actively oppose clean energy and carbon legislation and are skeptical of climate science.[

The issue of climate change is extremely complex.  CCN/CDN has been engaged with climate science researchers for several years providing data analysis on vast data sets and climate modelling.  As noted, data analytic projects in climate research reinforces how vast is the subject area and how extremely complex is the modelling/projections.  There is much that climate scientists understand from their modelling and yet much that is still uncertain.

As the video highlights, people who know just about nothing on a complex subject area have the arrogance to wade in on the subject.  They feel confident to express their views without any knowledge or understanding of what they are talking about.

The current pandemic is but the latest in this ever-growing phenomenon and it is causing unnecessary loss of life.  We are indeed living through ‘The pandemic of narcissism…’ As Professor Nichols states in the video, experts must speak the truth even in difficult situations; their clients are the society writ large.