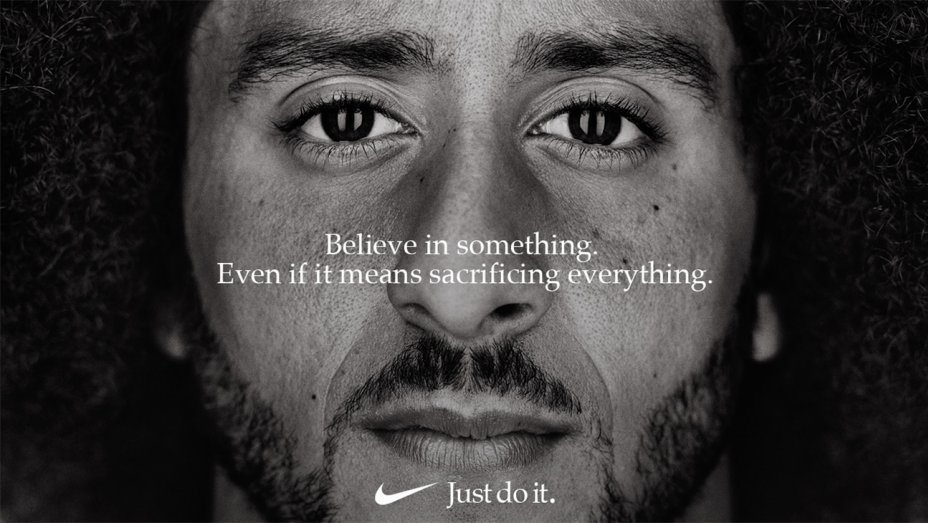 The recent ad by Nike, featuring Colin Kaepernick, is considered in the US to be quite controversial. Colin Kaepernick began to protest against the racist treatment and attitudes towards Blacks in the US. It is a uniquely American experience and I have spoken with several African Americans who feel this and live, constantly, with overt and subtle racism.

Colin Kaepernick protested by going down on one knee during the American National Anthem. He wanted to make a statement; to draw attention to the issue, and he did that.   There was quite a backlash against him.

For many years, I had the opportunity to travel to the US regularly. I had the opportunity on several occasions to speak with Americans about protesting in the US.  I’ve observed, over the years, that when Americans protest, they often burn the flag.  I think it is a (somewhat) typically American form of protest.  I found that a lot of Vietnam vets protest in that way.  Yet I do not recall the extreme backlash against them that I observe with Colin Kaepernick’s protest.

Let us reflect on what that is – why is he protesting? Why is his protest viewed differently to, for example, burning the flag?

Protest is important and I have always felt that it forms part of the fabric and the orderly chaos and vitality of democracy.

Protest is a way of seeking social justice – it is an expression that something is amiss.  Something is wrong in society and needs to be addressed.  Those who protest can be at risk of backlash or hostility. And in this world of social media and people giving themselves permission to express hate to those whose opinions they do not like, protest can be dangerous, with threats against life and personal safety.

I think that the ad itself may be a little ‘trite’ a little simplistic – yet it’s worth reflecting on the concepts, the ideals being presented:

Believe in something even if it means sacrificing everything.

Significant change is made by those who sacrifice the most.

Think of Rosa Parks on the bus in Alabama;

Muhammad Ali who went to prison because he would not accept the Vietnam War draft;

Bobby Sands who died on hunger-strike In Northern Ireland.

It is the dreamers who change the world!!  But not just dreamers – those who act on their dreams. However, taking a stand, protesting, and standing up for social justice can be risky both personally and professionally.  Yet how else do we challenge injustice?