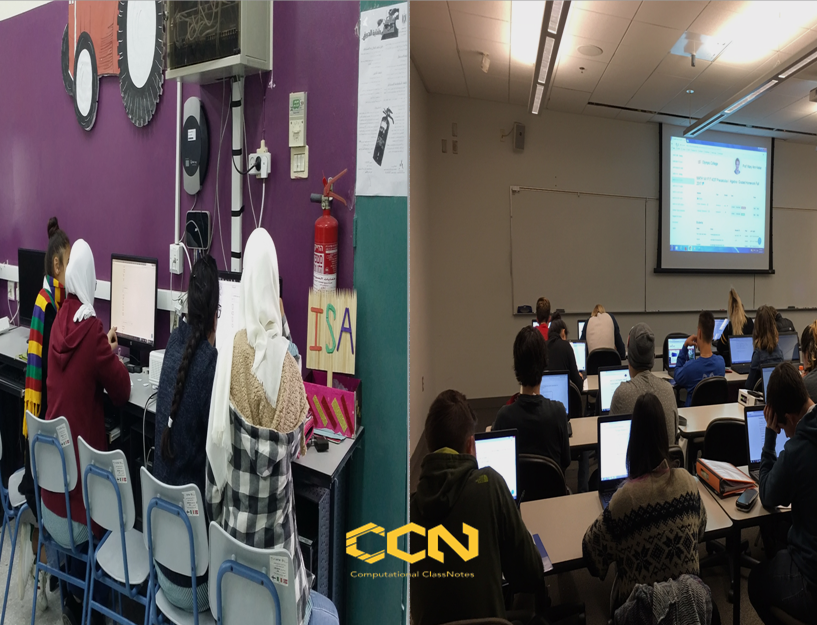 These photos depict students in the United States and Palestine united through the use of the same Educational Modules developed collaboratively with Mary Ann Kelso, M.S. Mathematics Faculty at Olympic College, Bremerton, Washington State.
Mary Ann, in the United States and Anwar Khader in Palestine worked together virtually to develop the modules. While working with CCN, Anwar teaches math at Rameen Secondary School in Palestine where she uses modules that she developed.
We extend much appreciation to Mary Ann who gave permission to Anwar to use the modules in her Secondary School class at Rameen Secondary School in Palestine.

Through the work of CCN's non-profit foundation - Loss of Generality - Anwar translated the modules to Arabic. Loss of Generality provides not only Anwar’s teaching service but also the complete math curriculum to Rameen Secondary School. Loss of Generality makes available to students in emerging markets the same quality of education developed and deployed in North America and Europe.
Anwar gives us encouraging feedback that her students love learning Mathematics in this new and creative way - instead of the conventional use of textbooks, students learn everything that they need through CCN Modules.

Reaching out to students in Palestine and other geographies to share this work is rewarding. We are happy seeing that our work makes a difference to Anwar and her students. I shared with my students here in Western Washington the photos of Anwar's class and they too appreciate the global aspect these modules offer

Click the links below to access the English and Arabic version of the Modules.
English Module
Arabic Module