CCN takes the use of technology in teaching to a new level. From the professor's material, we produce integrated class notes, practice materials, homework, quizzes and tests. Our computational framework provides unlimited and interactive variations in material, auto grading, live analytic's and auto uploading to LMS. The result is reduced cost, decreased dropout rate, increased student success & grades; and more effective use of the professor's time.

We transform your notes to a modern online and accessible format that includes interactive elements to help the student understand the content at a fundamental level.

Students complete auto graded homework that is unique to each student. Each student accesses individually distinct and exclusive questions with unique URLs.

Professors can obtain, in real time, student results. The analytic s are granular and show live results of student responses. This permits professors to focus on those specific areas where students require more attention. Classes can be refined and customized to meet current student learning outcomes.

The fully customized course curriculum generates tests and final exams. Results are saved, auto-graded and automatically uploaded into the LMS 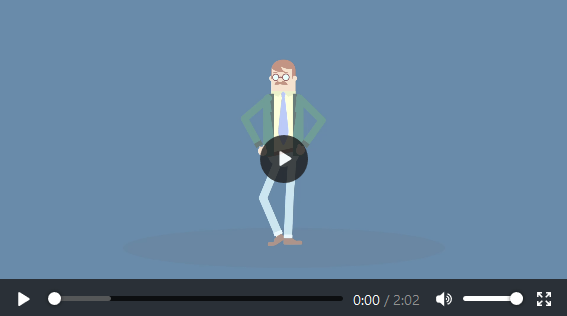 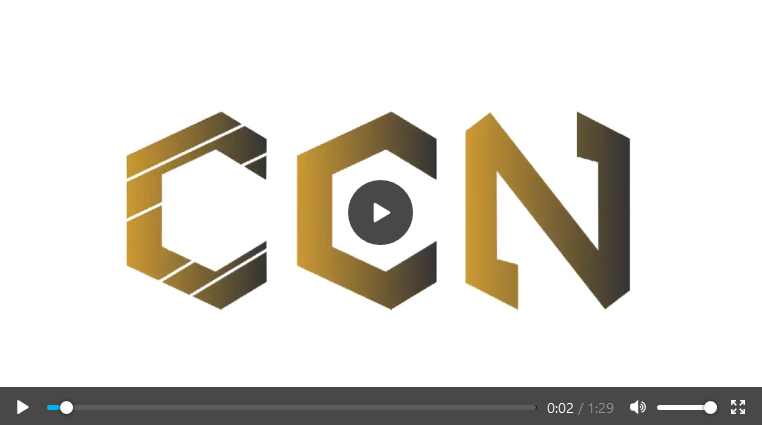 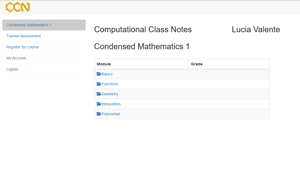 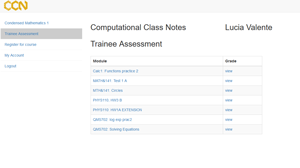 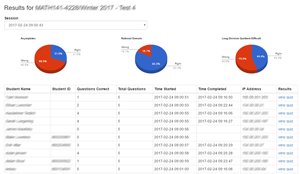 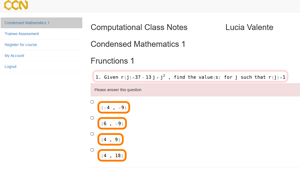 As a former Math 141 student in Professor Kelsoâ€™s class, the pilot program was not something I had expected walking in the first weeks. But CCN really did help me further my math education, as well as Mrs. Kelso did. The program helped me figure out how to factor and become more efficient at it. Which has helped me throughout Math 142 and Calculus I, this quarter.

Grading homework takes a lot of time. Having the students do their homework through CCN frees up time that would otherwise be spent grading homework, while still giving students the opportunity to practice what they have seen in class and to receive immediate feedback on their performance. I like working with CCN, as opposed to another online homework provider, because I value the ability to thoroughly customize the homework problems, and because CCN is not tied to a specific textbook

Having been a part of an initial deployment by Computational Class Notes, my colleagues and I see the power of the technology specifically when deployed on the cloud. We have seen the response from our students through more effective learning â€“ moving through the material more quickly.

I can now provide to my graduate students the most advanced content that is dynamic and variable. Using live code, I can present relevant and varied examples to demonstrate specific content.
…..I can now provide weekly homework, that is graded and integrated to the LMS .... The homework provides unlimited practice variations, thus ensuring that students have a firm grasp of the subject matter.
CCN's technology delivered far more to BU than we thought possible, and already it is tangibly saving (me) time, effort, resources, budgets while providing highly advanced technology to enhance learning 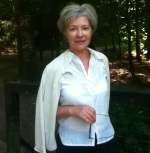 Over the past few years I have had the great privilege to work with a group of people whose values and ethics are aligned to mine. The CCN team is a mix of young men and women across the globe whose careers are beginning working alongside mature business executives. Together we combine our passion, energy, enthusiasm and commitment along with competence and high value skills to establish an amazing global organization that is challenging norms. Whats most important to me is the values and ethics that we each share and bring to our work.

In founding CCN, I have been able to live my long term vision of marrying my various passions. Of paramount importance, commitment to education, fairness in opportunity and receptiveness to possibilities with challenging existing education norms that are not meeting the needs of many of our modern students. I want to challenge head-on existing educational structures and publishing empires that are building their success on the backs of students while, not always providing the education that meets the future needs of humanity.

My decision to found CCN and its non-profit sister organization, Loss of Generality, is based on my concern about the failure of education.
Why do we continue to structure education in the 21st century with a 19th century model? We must challenge the status quo and demand more for this generation and those to come... 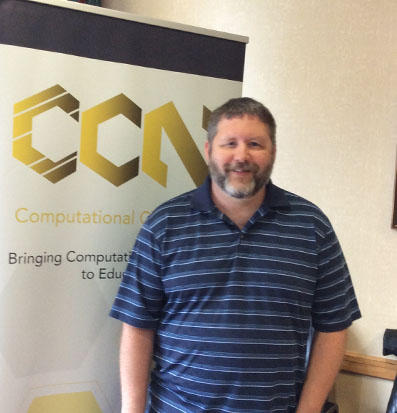 Wayne has been a technologist all his life. From early days of disassembling his first digital clock to current multi-device distributed system he has been peering under the covers and trying to make things work better.

Wayne and Dara worked together on a number of different projects before the CCN concept came into being. 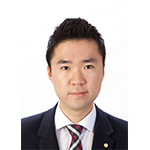 My involvement with CCN began even before the company was established. As a student at University of Toronto, Canada, I worked with the embryonic technology and learning methodology that helped me obtain my undergraduate degree in Actuarial Science and Statistics. It was my first time to be exposed to programing and how using computer based visualization of concepts can enhance learning. I have since completed my actuarial designation and completed both FA and P certifications.

As part of the CCN team, I work with professors in the US and Canada on production, quality assurance and compiling English language for the artificial intelligence (AI) engines for the math-based curriculums 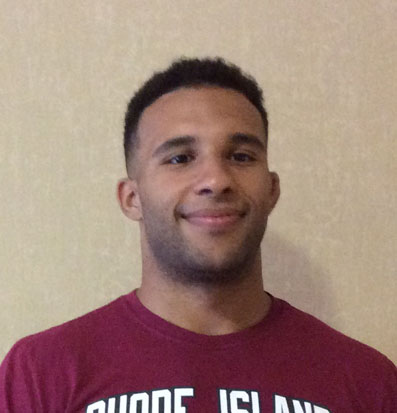 In 2019, Imran completed his undergraduate degree earning a B.S. in Psychology at University of Iowa. Imran had plans to attend Graduate School to study Computational Neuroscience. He is taking time from formal studies to expand his experience and continue to work with CCN in a wider capacity.

In the Spring 2017, Imran began working with the CCN team testing mathematics modules. Using CCN’s modules and methodology Imran experienced what many of the students who use our modules experience – his understanding and learning of complex concepts exponentially increased. In a short period of time, Imran was engineering in Wolfram Programming Language, Mathematica, to create his own path for research and development of biological sciences.

During his time at University of Iowa, and using CCN technology, Imran participated in vision science research studying the psychology behind human eye movements and the engineering and theory behind computational vision models.

In addition to academics Imran was also involved with athletics by wrestling for the prestigious Iowa Hawkeyes. Imran continues his athletic interest coaching wrestling locally.

- Designed the first of its kind, computational chemistry book – C-Book that is unique to CCN

- Facilitates a team of programmers to help engineer and test various modules and programs, specifically in the areas of Life Sciences, with a focus on chemistry

Since joining CCN, Imran have been involved in publications in collaboration with the CCN Team, Professor Ryan of University of Limerick and Professor Roth of Olympic College

Imran’s comments when he initially began working with CCN, “Using the modules, I’ve learned more math than during my first years at university. The modules teach me by taking core math concepts and applying them to an infinite number of challenging practice problems. There is no cheating and each question provides a solution or a hint when additional support is required or you just want to check how the system worked through the solution.” 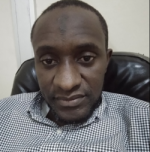 I am from Kano State Nigeria. Science has always been my passion and I applied several times for admission into University but initially I was not successful.

Getting in shape while at University I developed simple application software for personal and small-scale use. This give me some preparation for the training I undertook through Loss of Generality (LoG).

After 18 months of training with LoG, I live my passion that my career resolves around computer programming. I have a new opportunity and was offered the position of Technical Member of Staff at Computational ClassNotes (CNN) which is the commercial company associated with LoG.

I believe in the power of programming and technology – it is my passion. With the help of Almighty God and LoG/CCN we can make change personally and globally.

Just as I received training through LoG for the last 18 months, I am training two university graduates in Wolfram Programming Language, Mathematica. It is the same training that I underwent and it is a special experience to train young people in my country and give them the same opportunity that I have.

With my love for hard working into technology and with the help of LoG/CCN, I want to share with others who have the aspiration to become a better change version of their life with LoG/CCN. 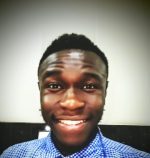 In mid 2018, Samson began his career with our non-profit, Loss of Generality (LoG). He is very passionate about technology and prior to training with LoG he obtained an E-Degree in Full-stack JavaScript development. When presented with the opportunity to train with LoG, he availed of this special career direction. Samson was introduced to LoG through a local Nigerian non-profit, Skills Outside School Foundation (SOSF), where he volunteered as a Program Support Officer and co-trained several high school students on soft skills that are relevant to their respective future careers. His volunteer work with SOSF positioned Samson well for his engagement with LoG and his subsequent work with CCN.

As a Technical Member of Staff, Samson works with Professors in Canada and the US, programming and testing educational modules in Math and Physics. Most recently, aligned to LoG’s mission, Samson began training and mentoring two new LoG trainees in Nigeria as they begin their preliminary training with LoG. 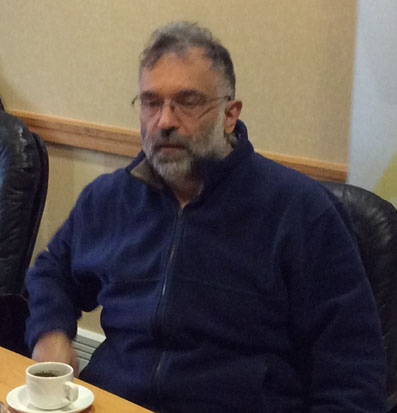 In the early 1980’s Dara completed his graduate studies in computer science in Boston. Since graduating, Dara has continued to enhance his skill and knowledge through research and development and achieving two patent approvals in the US.

Earlier in his career he was the founder of a media company indexing audio and video content from major providers such as CNN, CNNfn, C-SPAN, Weather Channel and NASA-TV. The company’s servers hosted 500,000+ hours of video in MPEG format fully indexed and delivered over the Internet. Managed the R&D and the business development.

Locating to Ireland in 2017, Dara joined fledgling Computational ClassNotes and has been the visionary Chief Architect collaborating with Wayne Allen, CTO and the team. Dara brings his extensive expertise in mathematics, computer science, physics and extensive business experience to CCN. Most recently CCN, through Dara, is engaged in advanced research projects with Irish and Canadian universities utilizing CCN’s proprietary Artificial Intelligence (AI) algorithms.